Instant With at the Glass Box 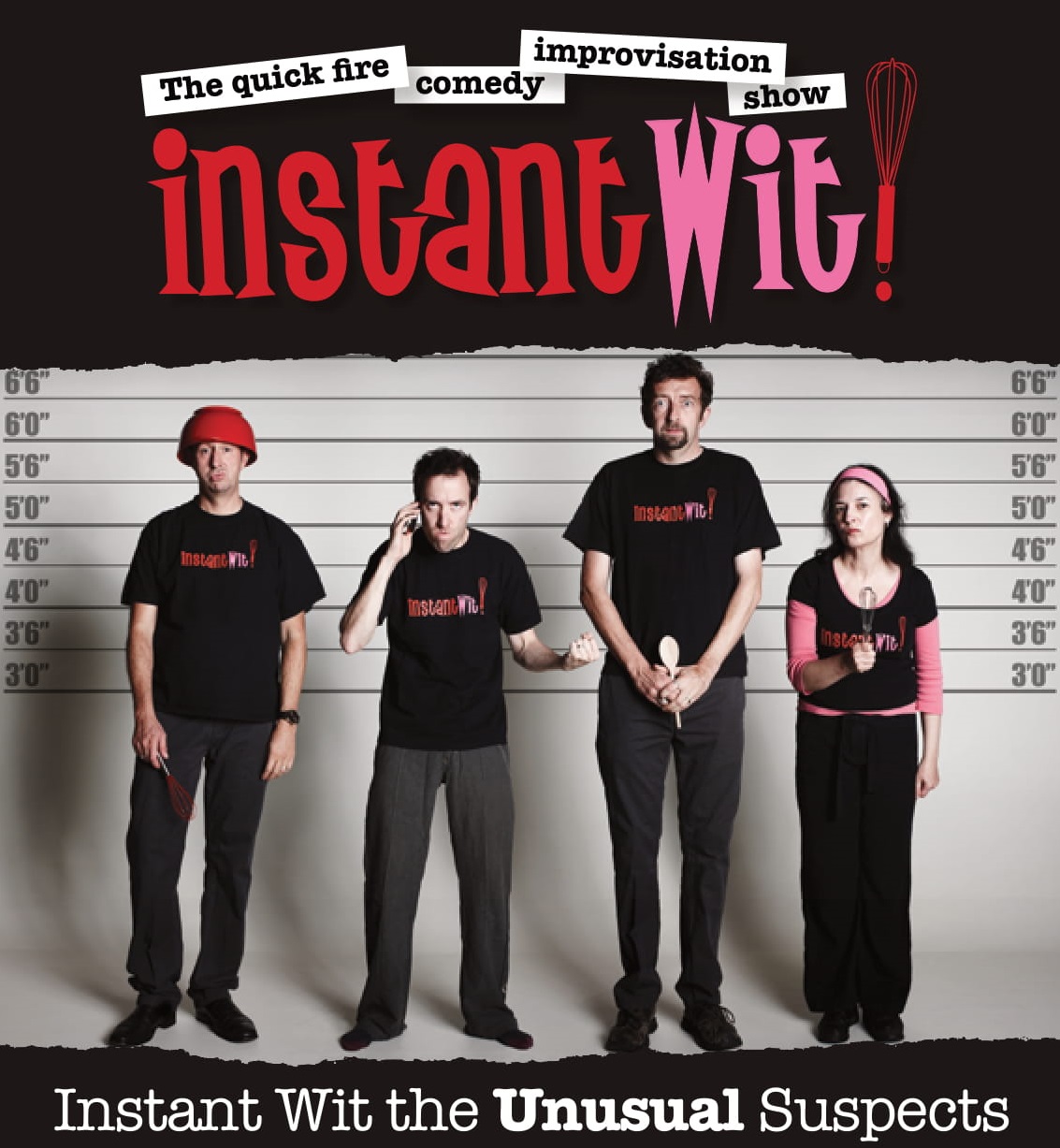 Bristol’s highly acclaimed Comedy Improvisation Company INSTANT WIT are delighted to be returning to Clevedon Pier’s Glass Box, after a Sold Out show in 2021.

Welcome to an evening of songs, gags and general silliness – all of it based around audience suggestions. How about an opera set on the International Space Station? Or even a visit to a singing hairdresser where they triy to solve their client’s problems, that have been selected by you?  But don’t worry, nobody is forced to participate and we even build in a section where anonymous suggestions, written down in the interval, can be acted out. Good suggestions receive flying packets of custard; the best of the evening gets a bottle of wine!

Many people have seen improvised comedy on the TV but remember, this is not recorded and edited, but totally live! If you like your comedy fast-paced and with a slightly unusual edge, this is definitely for you.

Instant Wit – a bunch of very Unusual Suspects who are forever on the run from the Comedy Police!

The Glass Box bar will be open for drinks and snacks.

“These are conspicuously skilful performers – everyone is exhilarated on stage and off!”
– The Guardian

“The Instant Wit gang lit up the stage in the Bristol Old Vic Studio. They were extremely funny, on occasion hilarious, and were very clever and skilful with their improvised comedy sketches.”
– Bristol Post