BBC Art Presenter Looks Back At The Tide From Clevedon Pier

Clevedon Pier is often the subject for photographers, painters and creatives and the crew from BBC’s The One Show came with art presenter Adebanji Alade, he took up the challenge to paint two pieces, one at high tide and one at low tide, working fast as you can imagine!

Adebanji recalls his time in Clevedon for The One Show in 2019 in a recent online series on social media, called  “50 significant paintings on my journey to 50”

Adebanji says “I arrived in Clevedon on the evening before the shooting day and I stayed at a lovely hotel not far from the Pier. Once I got there in the morning, I was already excited. I was told there would be some swimmers who would brave the cold waters in the morning and I could include them in the painting! Wow! I was like, this is heaven! True to what I was told they all came out in their swimming gear and gloriously swam in ice cold water, I was crazily padded and couldn’t imagine doing that, but for them, it was more than just swimming.”

The member of Clevedon Sea Swimmers club came to meet Adebanji and tell him all about the fun to be had swimming in the sea. While painting, Adebanji frames his image with the Pier as a focal point in the backdrop. He then adds splashes of colour to capture the energy from Clevedon’s local swimmers. 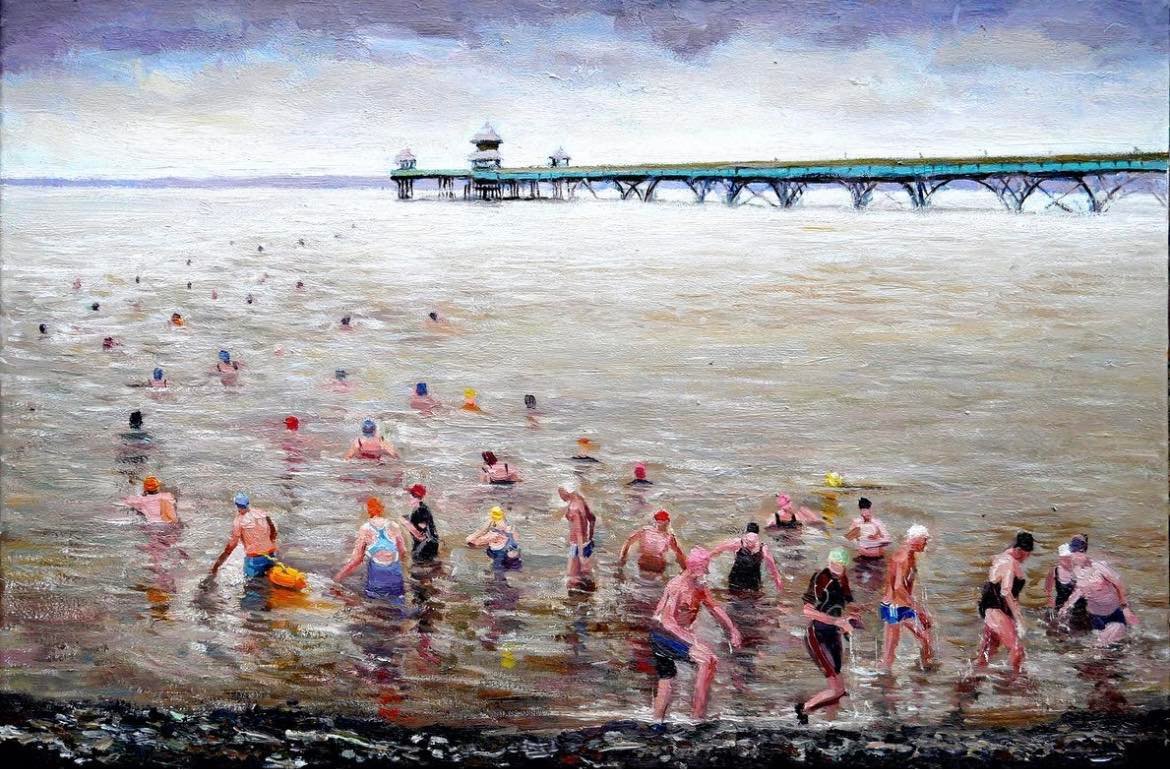 With only an hour before low tide, Adebanji sets up the second canvas for his painting of low tide. Racing against the tide, he works to capture those colours locals know so well. Oranges, purples, yellows and blue cover the rocks that just that morning, those swimmers were dancing over to swim over! 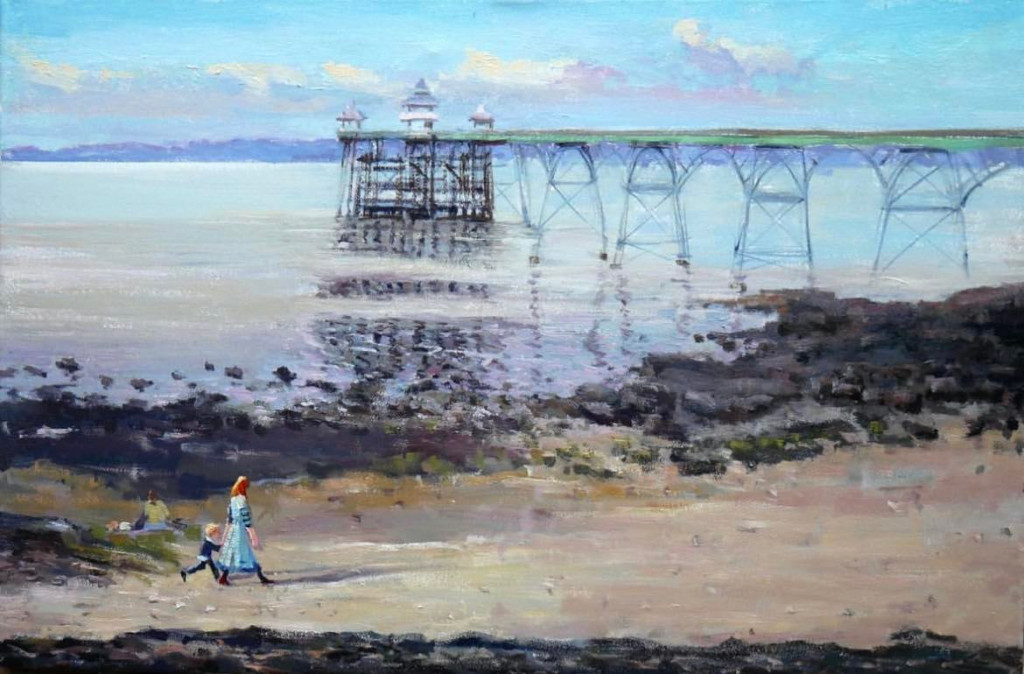 He says, “Then in the afternoon, I had another painting to produce but this time it would be when the tide was low, a stark contrast to the morning piece.
I was fortunate to find a lady and her child walk across, I asked if they would love to be part of the painting and they agreed!”

Both paintings were later bought by a resident at Clevedon, after the program was aired in January 2019. The buyer loved them so much, he decided to go for both. 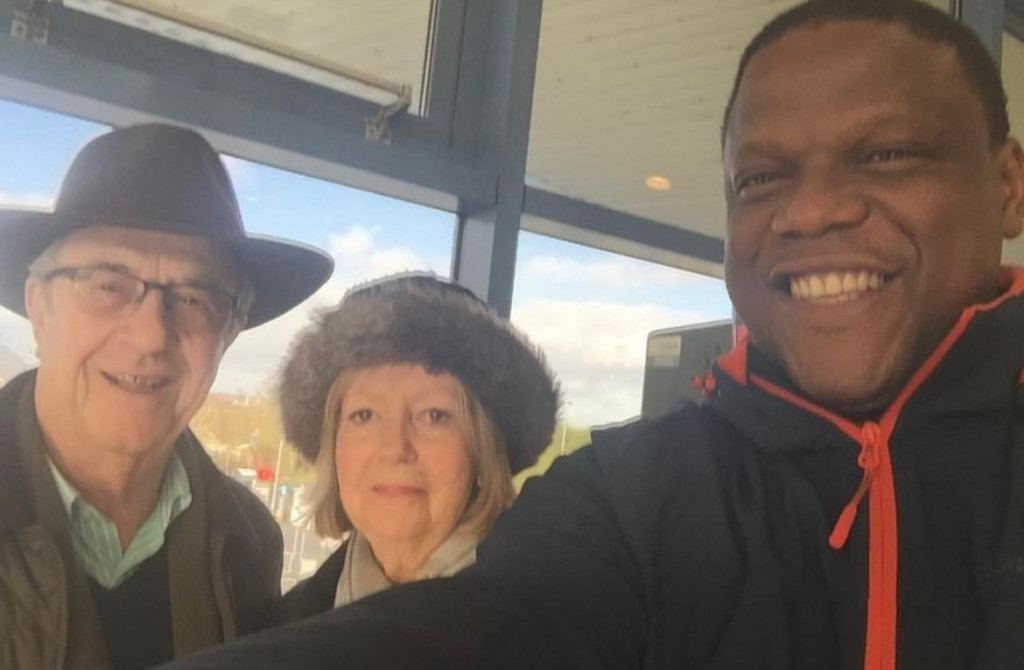 Adebanji recalls, “I remember going to meet them half way at Bristol, I think, to deliver it, I met him and his wife”

You can watch the clip below from the BBC One Show program here!